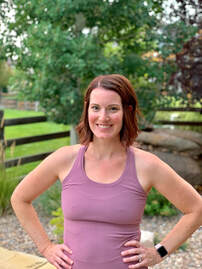 ​Laura Rosemeier
​
Laura grew up in Northern California, where she was a high-level gymnast. When injury prevented her from completing in her Division I college career, she began to explore the world of fitness outside of gymnastics. After moving to Colorado in 2016, Laura came to Arvada Barre Belle and, after taking her first barre class, she knew she had discovered her “exercise soul mate”. Wanting to take her barre practice to the next level, she completed barre teacher training in 2020. Laura lives in Arvada, CO with her husband and three children. 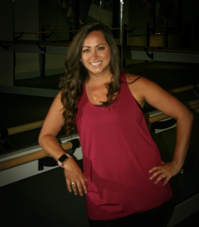 Kat has been introduced to the world of Barre for more than a year now and became Certified through Arvada barre belle.
She is from Texas and looking for her next big adventure.  During the day she is a respite care worker for children with special/medical needs, but in the evening, she leads a barre class with her own upbeat and carefree style that is highly effective at moving closer towards your goal! 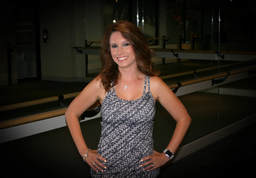 After falling in love with Barre Stephanie Ritz took her passion and became a certified Barre teacher.   Her teaching style is fun and energetic with an upbeat pace for an effective, efficient workout that will lift, lengthen, and tone your muscles. Other than teaching Barre, Stephanie is a wife and mother of two.  She enjoys sharing her knowledge and love for Barre with everyone at Arvada Barre Belle. 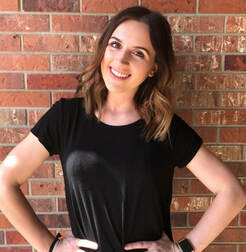 Elissa Naas
​
Elissa Naas is a native of Colorado.  She went to college in Nebraska and finished her BA in Psychology in December of 2015. She found her passion of barre by chance and it has captivated her ever since. A friend who used to be a “gym buddy” trained in Barre Forte and started teaching it at a studio in Nebraska. She used to rave to about the life changing techniques she was teaching and learning. After much debate Elissa decided to train and teach at Xtend Barre in Highlands Ranch where she fell in love with the workout barre provided. In early 2018 Elissa found herself looking for a new Barre home and that’s when she found Arvada Barre Belle. She loves the community and diversity this studio provides. Getting to teach a group of women that love hard on themselves and each other is an awesome experience. Elissa says she is so grateful to be a part of the Arvada Barre Belle team and is anxious to see where this journey will take her. 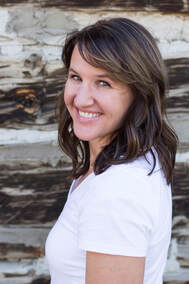 Emily Garrison
Emily graduated from the University of Utah in Sociology and went on to earn a Masters in Educational Counseling. Upon graduation, her first of four children was born and she chose to become a stay at home mom for 15 rewarding years! While at home taking care of her kids and doing various volunteer work, she also learned to take time out for herself through exercise. Emily has enjoyed multiple styles of exercise through the years, but when she tried barre she was hooked! She became a certified teacher through Arvada Barre Belle in 2020 and is looking forward to helping others to love it too! 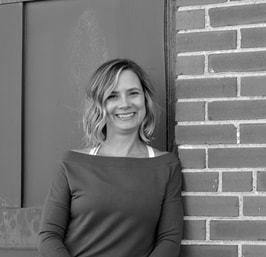 Krista Schulte
Krista has been interested in how the body moves and works for many years. She graduated in 2005 with a degree as an occupational therapy assistant. She then went on and completed her 200 hour yoga teacher training and has combined the 2 areas in her fitness and work. She designed and taught yoga classes for people with autoimmune disorders as well as seniors and chair yoga. She always wanted to try barre and finally had the opportunity 3 years ago and fell in love with it! She decided to complete the barre teacher training at Arvada Barre Belle the summer of 2019 and went on to design the barre stretch class, combining barre and yoga. She enjoys teaching slower paced classes with the challenge of providing modifications to her clients that may need them. When Krista is not teaching you can find her attending a barre or yoga class somewhere, paddle boarding, or reading a good book!

Sarah entered the Barre world by chance when a scheduled yoga class was switched at the last minute to Barre leaving her no choice but to attend. She values both yoga and Barre as supplementary exercises to increase her overall physical health and athletic ability. Sarah has a strong athletic background, ski racing, swimming, running track, and playing soccer in high school, and eventually playing soccer in college. She believes that Barre complements her other athletic endeavors whether it’s training for an Ironman or marathon, shredding through powder, or peaking 14ers. When Sarah is not enjoying life at the Barre, you can find her frolicking in the mountains with her husband and friends, volunteering as a “SheJumps” ambassador, and working as a high school culinary arts teacher. Sarah loves education; she has her BS from Oregon State in nutrition, her patisserie diploma from Le Cordon Blue in Paris, and her MA from New York University in Food and Culture. If she isn’t eating, thinking, or talking about food, she is getting awesome or at least smiling while she tries.